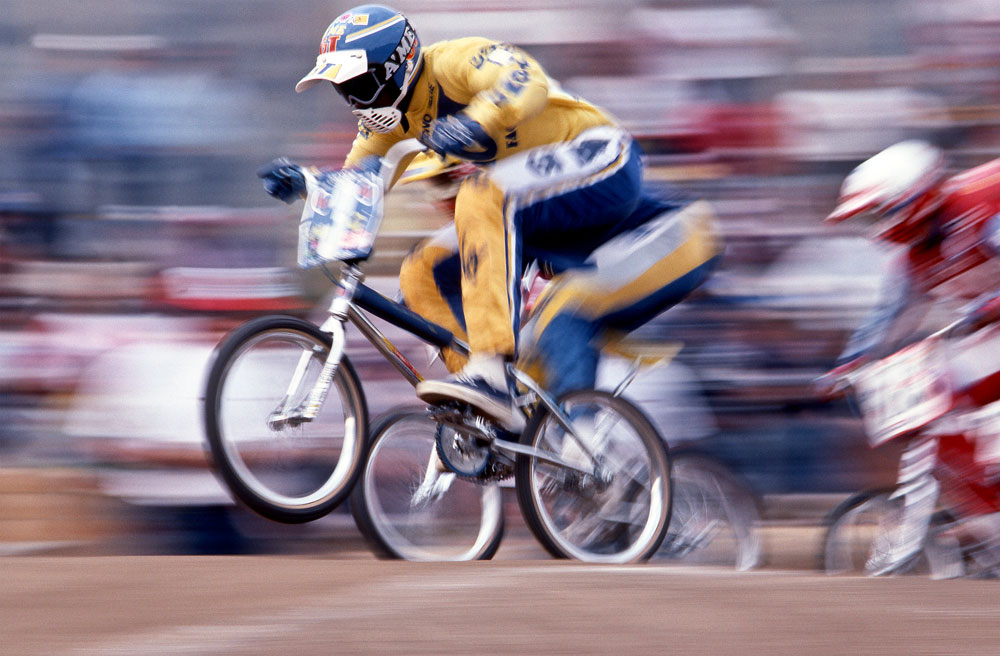 The image above is a classic photo of BMX Legend and BMX Hall Of Fame Inductee Tommy Brackens AKA “The Human Dragster” back in the day when he rode for GT Bikes! Tommy was the man and he was a big inspiration to a whole new generation of BMXers!
Tommy Brackens Wiki:

His nickname was “The Human Dragster”, so named for his adeptness at getting the “Holeshot”, or getting out in front literally at the drop of the starting gate and leading the other competitors down the first straight and into the first turn. The moniker was coined by Bob Hunt, an NBL announcer at the 1982 NBL Grand Nationals that Tommy raced in.[1] Many racers received their monikers from the pithy play by play race announcers.

Tommy Brackens was a former motorcycle motocross (MX) racer that made the switch to BMX in 1977 (he would return to MX after his BMX career). Quiet, shy and highly likable he was believe to have all the talents to be truly a top level racer. If Mr. Brackens was likable he had a strong desire to be liked. One of his goals was to be voted as the fan favorite among kids as their favorite racer; “…to be the people’s favorite is my goal.” he said.That goal was fulfilled in 1987 When he won BMX Action’s Number One Racer Award (NORA) Cup for that year.

Unfortunately his inconsistency prevented him from winning a national number one plate for any association amateur or professional. The closest was a National No. 2 with the NBL in 1986. He failed to transfer out of his semi (crashed) while only a few points behind the eventual No.1 for that year, Pete Loncarevich (who was not doing well himself at the time and barely qualified for the main). However, he did win the 1986 IBMXF World Championship. 1986 was a good year by any measure.~Wikipedia

Whether he was riding for Powerlite, Torker, GT or his own company, the Human Dragster, Tommy Brackens, was one of most powerful pros during the 80s. His good nature and easy going attitude also made him a crowd favorite, a statement easily proven by the fact the he was the recipient of the BMX ACTION NORA Cup in 1986. In fact, out of his entire career, 1986 would have to be his best season ever as Tommy became the IBMXF Pro World Champion and European Champion. Around 1987, Tommys quickness was proved once again; this time on a bike with no pedals as he delved in to the wild and wacky World of GPVs (Gravity Powered Vehicles). In Palm Springs, at the pinnacle –Brackens Racing. Although short-lived, Brackens Racing is perhaps best known GPV event (down Tramway Road), Brackens was clocked at 91 mph on his converted 20 inch bike. After retiring from the national circuit in 1988, he started up his own bike company, which is probably best remembered for sponsoring cycling`s prodigy child Eric Carter. Today, Brackens lives in Northern California.~USABMX

Please use the comment section below to add any updates, photos and videos about Tommy Brackens 🙂 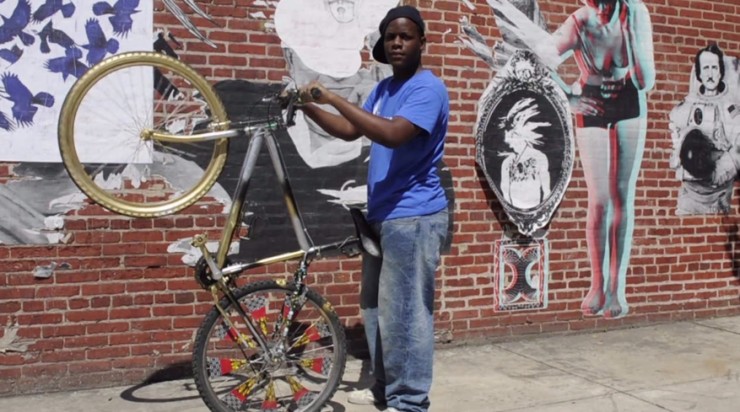