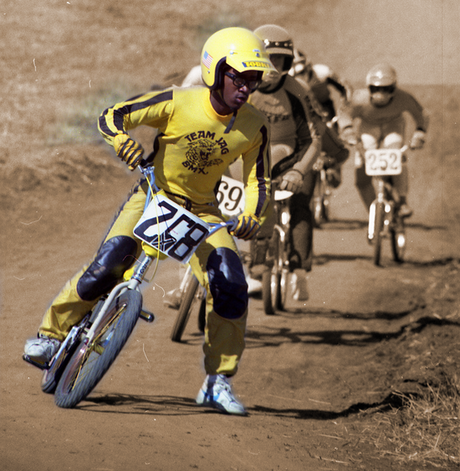 His name and Team Jag became synonymous from day one. Anthony was easily recognizable with the thickest, coke-bottle glasses in BMX. He was best known for unbelievable speed on concrete floored Indoor tracks and was a two-time Indy World Champ. Anthony turned pro in 1981. He joined the awesome Murray pro-force (with Bottema, Clark, and Ruminer) in 1983. Anthony retired from BMX racing in 1984, but made a brief two-race comeback in 1987.~USABMX.com

Anthony Sewell (August 3, 1962 – April 3, 2009, in Los Angeles, California U.S.) was a professional BMX racer whose prime competitive years were from 1978 to 1984. His nickname was “The Panther” which he got for his love of jumping curbs in his neighborhood and neighborhood kids likened his jumping to that of a cat. His “The Panther” nickname was later converted to just “Panther”. He was also known in BMX as “The Professor” due to his glasses with their thick lenses.

1974 at 12 years old Sewell was an accomplished track star in the 120 meter low hurdles. He made it to the state finals but they were held on Saturdays and Sundays, the same days BMX races are typically held. He had to make a choice: He decided on BMX and the rest is history!

In 1978 he became the first “official” World Champion after winning the trophy dash at the ’78 Jag World Championships. The following year, In 1979, at the age of 17, he turned pro.

Anthony is the first Pro BMX racer to earn THREE number one titles!! Sewell is also credited as being the first person to do no-handers and the first pro to hold the Number 1 Pro title in two sanctions at the same time (NBA and NBL in 1980). He was inducted into the ABA BMX Hall of Fame in 1998.

1986 at age 24. He raced in England until the spring of 1986. He then returned to the United States and raced sponsorless for a few months in early 1986, then left the BMX scene. He briefly reappeared at the ABA U.S. Nationals in Bakersfield, California in April 1988. He then dropped out of sight again.

Sadly Anthony passed away in 2009, the news was a shock to the BMX community. Anthony was well known as a really good guy and it was very sad to loose such a great rider and great person 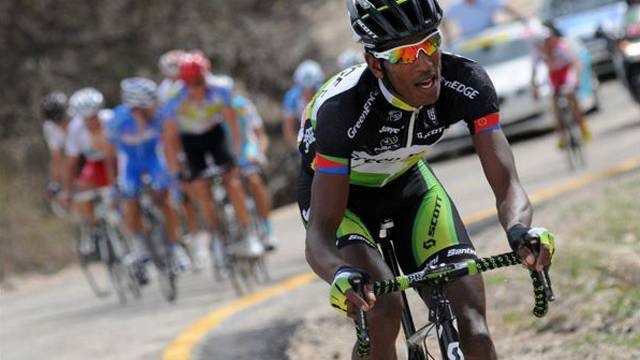 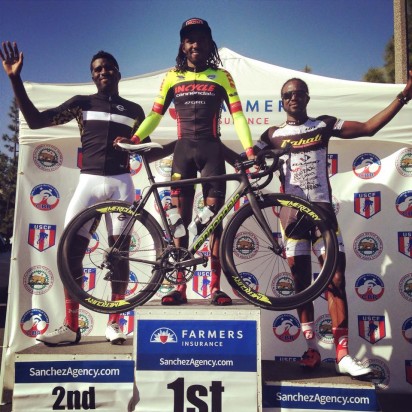